Firstly, any time that Pilates makes the headlines is a good thing because raising public awareness is something that our industry always needs, even from the transient realms of pop stardom.

Secondly, for me a man doing Pilates and getting headlines is another step forward in the battle to show men everywhere that Pilates is for us too.

Thirdly I think it helps for the world to see that Pilates is for healthy, young people, and not only to be done after referral from their GP.

And lastly, I have always loved the idea of couples doing Pilates together. To share activities with your significant other (obviously we do not know if Justin and Selena are back together and let’s be honest, we really do not care that much….) is in my opinion something that is very healthy for any relationship.

So, from celebrity headlines we can take far more positives that you probably thought possible when you first saw this blog!

The title of this article is Justin Bieber and Selena Gomez teach lessons about Hot Pilates. So how is that possible? Well, the other thing worthy of note here is that the couple were reportedly doing Hot Pilates. This is a topic that I think needs some further thought. Unlike some, I am not against all new adaptations of our beloved Pilates system per se. The world is always changing, and to stay still is never such a good idea.  If I can see that a new idea brings something new and beneficial without compromising on the principles and qualities that we all know and love, then I am open to try it.

We have all heard of Hot Yoga, and many of us have had the pleasure of using a studio after a hot yoga session and having to open windows to disperse the heat and the smell. Pilates seems to be following with more and more hot classes springing up, but is there any proven benefit in exercising in high temperatures that make the body sweat? We have moved on from running in bin bags, but is hot exercise just the same but trendy because they do it in Hollywood?

Having looked at recent research, I have to say that it does not look good for exercising in heat.  Some experts say that it only serves to raise heart rate and blood pressure which for some people will be a lethal cocktail. A study in 2013 conducted by the University of Wisconsin concluded that the effort required to do a Bikram-style yoga class was all but identical to that required to do a normal yoga class (the exercise intensity was on average around 56 to 57% of maximal heart rate, which would classify both as “light exercise not dissimilar to a light walk). Cedric Bryant, chief science officer for the American Council on Exercise said that the benefits of heat are largely perceptual. “People think that the degree of sweat is the quality of the workout, but that is not the reality. It does not correlate to burning calories”.

So if it does not burn more calories then what exactly does it do? There is some anecdotal evidence that saunas have health and stress-relief benefits and can help in the treatment of rheumatoid arthritis (click to read my article about Pilates and RA). But the importance of sweating can be overplayed. After all it is the body’s heat control mechanism, a vital means of keeping the body cool. It’s the evaporation of sweat that actually cools the body, and as we will all know from our gym experience, no two people sweat the same, but this is not an indication of their fitness or health. There is also no evidence that sweat purifies the body. Sweat comprises mainly water with some electrolytes. It’s the liver and kidneys that filter out the toxins, not the sweat glands. Research by the University of California found sweating eliminates less than 1% of toxic metals expelled by the body, so clearly sweating is by no means the most important.  It’s safe to conclude that sweat is just that, sweat, and nothing else.

From the traditional side of the argument, I know many yoga masters who have a great dislike of hot yoga. They say it drains your adrenals and kidneys. This is one of three subtle energies called ‘Ojas’. In Chinese medicine it is called your ‘Jing’ energy. You are born with this energy, and when you burn it up it is very difficult to get it back. When you drain it you get more paranoia, impaired energy level and quality. Actual Yoga is said to build this energy very slowly over years and years.

They also argue that doing asanas in extreme heat mean that muscles, which would in normal temperatures protect the joint from overextending, become atrophied. The extreme heat makes the muscles flaccid and limp, and then the movement of the exercises hyperextend the joint beyond its normal range of motion. This stretches the tendons and ligaments, instead of lengthening the muscle. This creates instability and weakness in the joint. As a result the muscles have to over overcompensate to do the job that the tendons and ligaments would normally do. The body becomes bendy, but not truly open and flexible and strong. It is good to practice in a warm room, a reasonable temperature of up to about 30 degrees, but to practice yoga is temperatures up to 40 degrees they argue is harmful, and absurd.

When doing Yoga asanas the breath is essentially the thread that ties all the elements together. In the ancient text, Hatha Yoga Pradipika, it is said, ‘the mind is the king of the body, and the breath is the king of the mind.’ So the breath is the master that controls everything – the body and the mind. This works as the nerves that run through the central nervous system are connected to the top of the nose, this point in Yoga is known as ‘trikut́i’. When you learn through your regular practice how to control the breath through the nose, the vital air will stimulate the nervous system so that it slows the rhythmic pulsation of the nerves and then the mind and the body will be at peace and calm. However, if you are doing postures in 40 degrees heat, then the density and atmosphere of the environment will make the breathing techniques used in Yoga asanas impossible. It is argued that the heated, humid and smelly atmosphere is a terrible environment to be in period, let alone do Yoga asanas in.

So if you doubted my title; Justin Bieber and Selena Gomez teach lessons about Hot Pilates, I hope now your see where I was going with this article. But which side of the argument are you on? Do you have personal experience of hot Pilates or yoga? Do you prefer Justin or Selena? Are hot classes just another way to get people into studios? Does it really matter as long as people are exercising? I’d love to hear your opinions.

In PilatesEVO teacher training, here at the PilatesEVO School in Barcelona, we tell our students that they must never switch off from their intuition and be influenced by modern marketing ploys, or by historical habits. We tell them to listen to their body. Your nervous system and your body are telling you all you need to know if you just take the time to listen. You’ll feel the truth there.

You can contact me on instagram by clicking here or searching thechrishunt or email the PilatesEVO School at evolve@pilatesevo.com.  All Pilates teachers are also welcome to visit us and use the PilatesEVO studio and facilities pictured below in Marina Port Vell, Barcelona for free, just let us know when you will be coming. 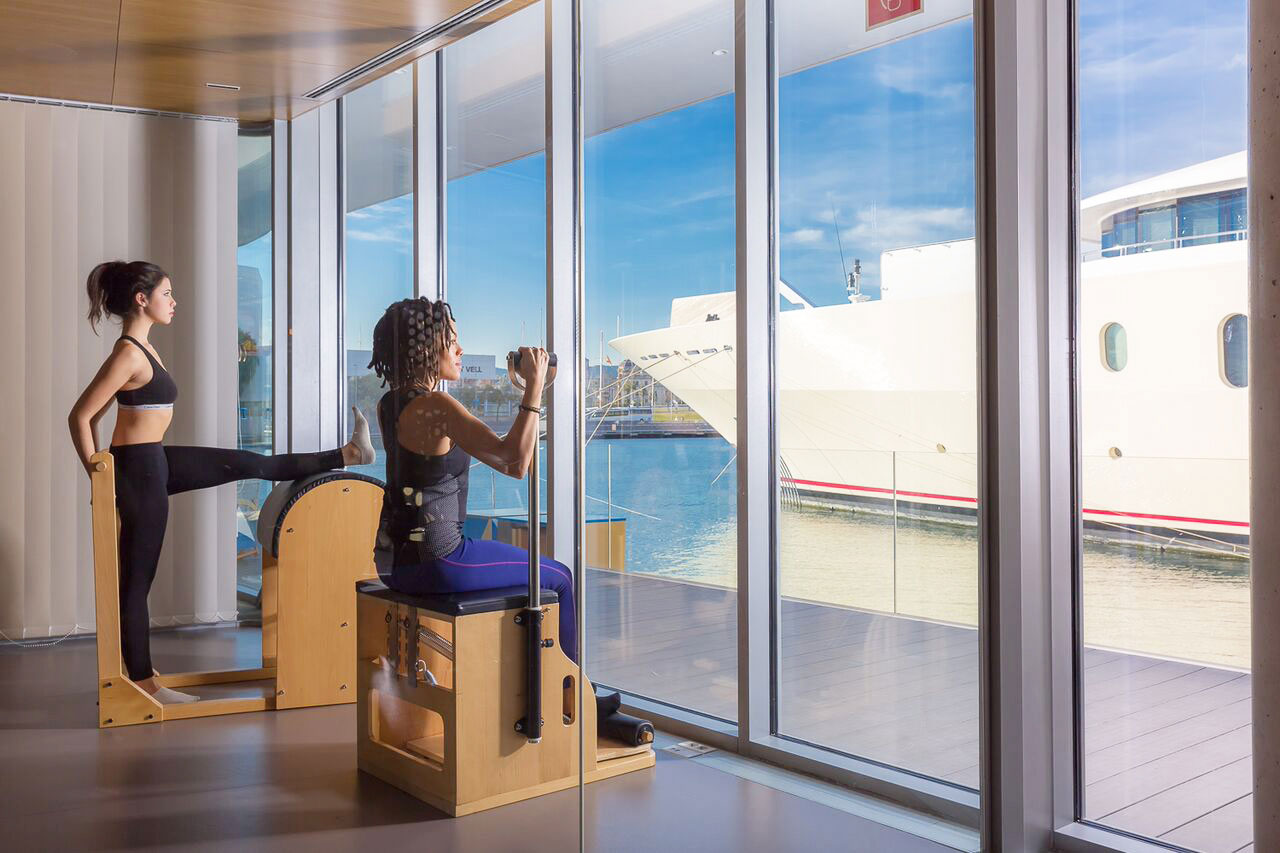