Where does fat go?

My question for you today is simply; when we lose fat, where does fat go? Please write down your answer now, and no peaking at your colleagues answer.

The fact is that most people have no idea. Even the 150 doctors, dieticians and personal trainers in a recent survey shared this surprising gap in their health literacy. The most common misconception by far is that fat is converted to energy. The problem with this theory is that it violates the law of conservation of matter, which all chemical reactions obey.

Some people thought fat turns into muscle, which is of course impossible, and others assumed it escapes via the colon. Only three of the 150 health professional gave the right answer, which means 98% of them could not explain how weight loss works.

So if not energy, muscles or the loo, where does fat go?

The correct answer is that fat is converted to carbon dioxide and water. You exhale the carbon dioxide and the water mixes into your circulation until it’s lost as urine or sweat. If you lose 10 pounds of fat, precisely 8.4 pounds comes out through your lungs and the remaining 1.6 pounds turns into water. In other words, nearly all the weight we lose is exhaled. The only thing in food that makes it to your colon undigested and intact is dietary fibre. Everything else you swallow is absorbed into your bloodstream and organs and, after that, it’s not going anywhere until you’ve vaporised it.

So if fat turns into carbon dioxide, could simply breathing more make you lose weight? Unfortunately not. Huffing and puffing more than you need to is called hyperventilation and will only make you dizzy, or possibly faint. The only way you can consciously increase the amount of carbon dioxide your body is producing is by moving your muscles.

Knowing where fat goes might not be the most important thing you learn today. But it might just help you and your clients understand the process of weight loss.

Visit the PilatesEVO Studio and School in Barcelona for much more than just Pilates. Click on www.pilatesevo.com/pilatesevo-studio. 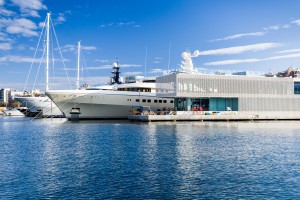